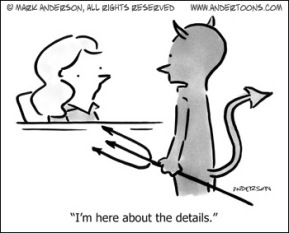 Unfortunately 2014 has been a bad year with 14 fatalities so far (which I have details of), 6 of which were in Ireland in one month over the summer and 4 this weekend just gone. Any fatality is a loss to friends and family and my thoughts go out to all those involved. Those who undertake the sport recognise that there are risks, some more appreciative than others.

The mathematical mean for fatalities in the UK from 1998 to 2013 is 16.45 (range 10-24, SD 4.30), this equates to a fatality risk of 0.71:100 000 dives per year based on BSAC membership, statements made as to the proportion of BSAC members as part of the UK diving population and how many dives they have conducted (using 2007 BSAC survey data). However, using stats like this is meaningless unless you know the sort of diving taking place and the experience levels and currency of those involved therefore I am not a great believer in 1:X fatality rate as a measure of the safety of a recreational activity, especially when we have no baseline to compare against.

I get asked on a number of occasions “Do I have any more details on causality for these incidents or indeed across the wider incident details that I collect through DISMS (http://www.divingincidents.org) or through my PhD research?” The simple answer is no because the level of detail recorded in incident reports is very superficial, if they are collected at all.  Forums are great sources but there are biases at play with not all of the facts being provided, especially if they compromise credibility.

I believe that the number of reported incidents is less than 10% of ‘reportable’ incidents occurring. Given this lack of detailed data, trying to ascertain causality and trends is hard, if at all possible. However, that doesn’t mean we shouldn’t collect data, especially non-fatal incident data.

A number of organisations collect incident data but this is in the main confidential and they produce edited versions of the reports (DAN and BSAC for example). Even some of the data that is publicly available cannot be reproduced for copyright reasons. DISMS has been developed to allow the reporter to determine the level of disclosure and I, as the admin, always respect that. I have a long-term goal to try and create a single diving incident data repository which has data feeds from other organisations, something along the lines of ASRS, Aviation Safety Network or Skybrary and I have been in contact with three agencies so far about data provision.  More information as I get it.

Part of my PhD research has been to develop a model which can be used to provide causality attribution and I hope that this can be adopted for such a global database. For example, the BSAC annual report covers broad headings such as DCI, Buoyancy Issues, Fatality etc, but these are too broad to try to determine trends. e.g. a diver may run out of gas, make a rapid ascent and then have DCI. This would likely be classified as a DCI incident as it is the most serious classification. DISMS allows multiple tags to be attributed to each incident (including dataset ownership); this will allow detailed searches to be conducted across multiple datasets e.g. “CCR incidents in BSAC data” or “overhead incidents in DAN data”, or “CCR overhead incidents” across the whole database.

My presentation at Eurotek 2014 (http://eurotek.uk.com/speakers/#.safety) will present some of the evidence from a survey conducted earlier this year. This survey went much further than looking at configuration, depth, time, gases and gender and looked at the decisions divers made and what human factors contributed to their non-fatal incident. There is already evidence from other domains such as aviation and oil & gas that equipment failure is not the major contributory factor in incidents and that human decision making is; there is no reason to believe that SCUBA diving would be any different.

How you can help improve things?

We can learn from other’s mistakes. If you report your errors/mistakes others can learn from you. However, first you need to acknowledge that you have made a mistake or an error in the first place! This is very hard sometimes, especially when face or pride may be lost! The majority of incidents I see are down to ‘violations’ of best practice, and no-one wants to admit to not following best practice, especially when it nearly kills you!

However, if you have had an incident and you fill in a report on DISMS or BSAC Incident report (or whatever your local reporting system is), try to remember to add as many details as you can remember as soon after the incident as possible; there is significant evidence that memory fails as time passes, and the ‘facts’ change too. If you have been involved in an incident, get all the facts down straight away (times, depths, gas, equipment config etc), in effect a mind-dump, because you will forget details. Try not to talk to anyone else about the incident before you do this too (difficult I know) but a group consensus will be different to the views of individuals who were involved.

3 responses to “The Devil is in the Detail…”